Customer Success Story: How One Founder Turned a Date into a $4 Million Company

Nick Gray is the founder of Museum Hack. A company that gives non-traditional tours of major museums. For example, one of their most popular tours at the Metropolitan Museum of Art in New York City is “Bad Ass Bitches”. It focuses on, you guessed it, the art created by women in the museum. Did you know that only 6% of the art in the Metropolitan Museum of Art was created by women? Well their tour guides do, and not only will they show you the art created by women, but they’ll take you on likely the most entertaining museum tour you’ve ever been on.

The origin of Museum Hack is not the one you would most likely guess. Gray’s company didn’t come out of a long time, fervent love of museums. It actually came out of a third date. In his Ted Talk, he describes his relationship with museums before this night as one of loathing. A place you only go when “your parents are in town”.

But on this night he was escorted around the museum by his date who showed him the things she liked. She told him the stories behind the pieces (that turns out are usually pretty interesting) and it sparked a desire in him to learn more about other pieces in the museum. As Nick would describe it, that night he fell in love with the museum— not his date.

He loved it so much that he started doing free tours for his friends. Nick had never taken an art history class and was a business major, not your traditional path to docent at a museum, but here he was escorting his friends around the museum giving them tours of “10 cool things and 3 things he wants to steal”.

His friends loved it and asked for more. Nick’s friends told their friends, and eventually, a blog wrote about his tours. The day after the blog article was published, he had 1,000 emails requesting tours and the stark realization that this was something that appealed to more than just his friends.

When Nick started giving tours, he learned that most museums don’t mind if you have someone giving patrons a private tour. Their docents are there to give tours the museum creates, but they always welcome more patrons. Which meant that the only thing that would slow down expansion was in Nick’s control. He knew his energy was an important part of each tour, so he hired actors and comedians as guides to make the tours feel more like shows. From there, they started to create more themed tours like “The Big Gay Met” which focuses on the stories of art history in the LGBTQ community.

Most museums are so large and have so many pieces that you could make multiple trips and still not see everything. The tours provide a way for people to have a more engaging tour of the museum, and one that does not include walking around with a speaker-box tour guide attached to your head spouting names and dates that don’t mean anything to you. Museum Hack has so much variety in their tours that you could go on multiple tours to the same museum and have a different experience every time.

While the idea of growing a company like this may seem like it rests on creating more and more new tours, the logistics behind the scenes are just as important. Creating new tours and hiring great talent is only one part of the growth at Museum Hack. It’s equally as important for them to keep the machine operating smoothly. Since inception, they have used technology to automate or speed up processes that normally would have taken a business of their size and complexity an inordinate amount of time. By focusing on this from the start, they put themselves in a better position to scale quickly.

Case in point—employee scheduling. Museum Hack’s crew consists of people who run the operations of their business and a myriad of actors and comedians who lead their unconventional tours. Hiring the best talent they can for guides is one of the ways Museum Hack ensures they have quality tours. And while the skill sets the guides have make them amazing tour guides, scheduling for them is more complicated.

Most of the guides are working multiple jobs or going out for auditions. On top of that, Museum Hack has tours in 5 different cities, 65 employees, and new tours all the time. The scheduling team quickly realized that they needed a solution to help them manage this and a way to communicate effectively as a team.

Some of the most difficult tasks to manage with a schedule like Museum Hack’s are different locations, different availabilities, and being sure to only schedule qualified individuals for shifts. Accidentally assigning a guide the Bad Ass Bitches tour when the tour group they are leading is expecting the Game of Thrones tour means the guide won’t be properly prepared to lead the group through the museum and the group won’t get what they signed up for. 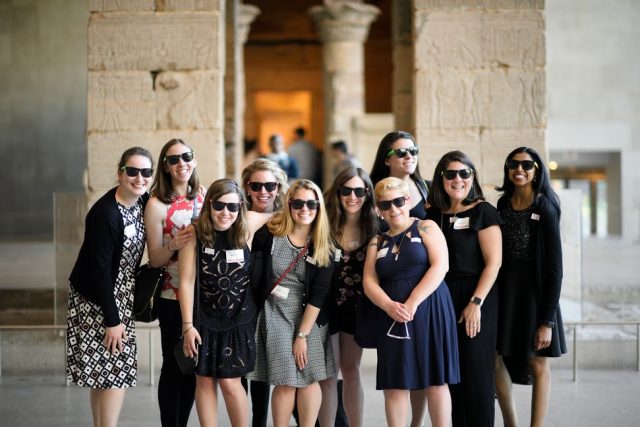 Their employee schedules can be very complicated, but with When I Work, Museum Hack can easily schedule 30 tour guides in 5 different cities (not to mention the office staff). Moreover, it gives employees control over their schedules with features like availability and shift swap.

Instead of manually keeping track of ever-changing availabilities, employees enter and maintain their own availability. When an update is made, their managers are notified for approval purposes. Museum Hack has significantly reduced the time spent creating and maintaining schedules, and on top of that, they have taken the headaches out of schedules by creating schedules that work for the guides and the managers.

Hiring and maintaining the best guides

The hiring process for Museum Hack works similar to an audition. Eventually, guides create their own tours each one unique with their own personality and style. Retaining their high-quality guides is important to Museum Hack, and their high retention rate is something they are very proud of. 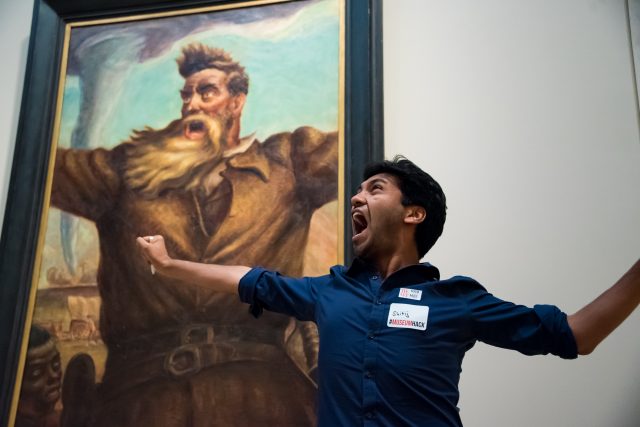 One thing that has been great for retention— giving employees more ownership over their schedules. Yes, it’s helpful for the people creating the schedules, but it’s also an important part of retaining top talent. Their guides have the flexibility to work other jobs or go on auditions. With When I Work updating their schedule or swapping shifts with another guide has made it easy, and it accommodates a career that has ever-changing availability.

The plan for the future

Museum Hack is rapidly growing their tour offerings, expanding into new markets, and creating custom team-building workshops. Tours can be tailor-made for each company and can reflect core values, collaboration, or anything else a company would like to focus on. They will even fly to your city to give your team a customized tour for your company in a museum in your area (we’re lobbying hard for this for our next company summit).

To focus on all of this growth, Museum Hack uses technologies that help them streamline their processes. This gives employees more power over their schedules and allows their managers to focus on spreading their love of museums through new tours and events.