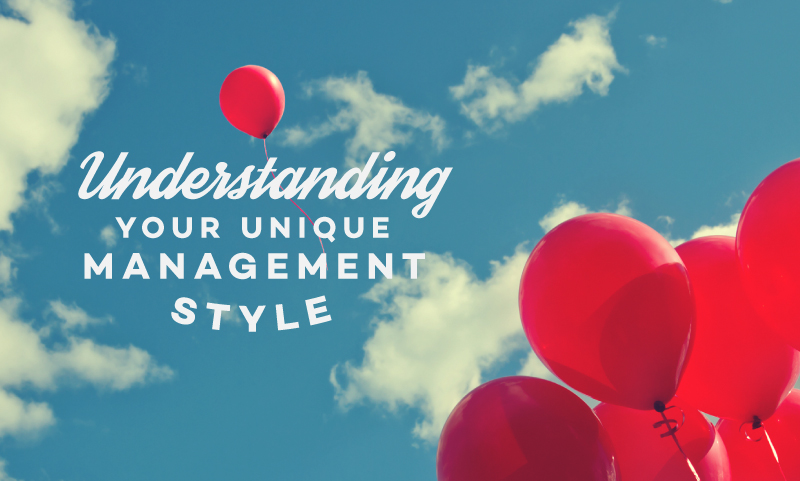 Since the beginning of the last century, there’s been a lot of scientific research conducted on the process of management and its various forms.  However, true management styles aren’t codified in a book.  They’re a very personal thing – often developing over years and designed (either by choice or consequence) to complement a manager’s personality.

As a result, they can – and should – be comprised of bits and pieces of all the management types described below.  In addition, they can change as you grow and develop, and as your business adapts.  You may also need to swap tactics when dealing with individual employees, because everyone responds differently to managerial directives.

Understanding how and why you manage the way you do is the first step in building your own unique management style and becoming a more effective leader.  Below you’ll find five basic management styles that every other variant either falls into or is comprised of.  As you read through, take a moment to see which style applies to how you’re managing your employees.  After you’ve finished, think about how you could adapt your style to better suit your business’s needs.

Most modern formalized management styles come from some variation of Elton Mayo’s “Hawthorne” experiments in the 1930s and 1940s.  Until then, managers – and those who studied management – tried to apply rigid science or paradigm-based management styles to everything.  Productivity, expenses and profit were dissected like frogs on a lab table and people repeatedly tried to come up with formulas that would embody the “perfect” management style.

But people aren’t perfect—they have emotions, personal needs and desires, and nobody is built the same way as anybody else, making it revolutionary for Mayo to come along with the simple idea that “a happy worker is a good worker.”  Further research by Mayo and his colleagues dug into the “hows and whys” behind productivity in the face of worker fulfillment, but it all boiled down to the same conclusion:  effective management is a skill that balances the needs of the company with the needs of the employees.

This is the traditional “I am the boss—you do what I say” type of management.  In essence, the boss acts as the dictator, passing directives and judgment from on high.  While this style of management is often lampooned and portrayed as mean-spirited and short-sighted, it does have its advantages.

By retaining absolute power, managers can effectively steer the business in the direction they want it to go.  Autocratic management also provides structure and discipline for employees.  However, it also causes internal friction and can be disastrous if the manager in charge doesn’t have the information (or the smarts) needed to come up with an adequate plan of action.

Persuasive managers still retain all of the decision-making authority, but instead rely on collaborative tactics (as in, fact-based presentations, anecdotal evidence and sometimes exaggeration) to get employees “on board” with new directives.

This style of management takes into account the notion that employees really are the backbone of a company, but retains the old fashioned idea that the boss knows best in every case.  While convincing employees of the merit of an idea is a good thing, this style of management can really hamper creativity and may affect employee fulfillment if carried out without respect for employee input.

Similar to the autocratic style in that all of the power rests in the hands of a single individual, this type of management places much more emphasis on employee satisfaction.  Paternal or maternal managers often listen to employee input and do their best to shape the business in such a way as to work with the employee – rather than against them.  Employees are often asked for feedback and their ideas are weighed against the needs of the business by the manager.

Just as the name implies, democratic leadership requires input from employees.  Everyone tosses their ideas into the ring, they’re debated, a vote – either formal or informal – is taken and the winning idea is implemented.  But while this method sounds idyllic, it’s also a bit too optimistic.  Businesses cannot be run by committee.  The manager must retain veto authority, as the ultimate responsibility for the success of business initiatives rests on his or her shoulders.

Google is the poster child for “chaotic” management.  Its employees are given great creativity – not only in meeting goals, but in setting them in the first place.  This creativity can birth a tremendously vital company and give it a huge advantage over competitors, but chaotic management also requires the ability and willingness to fail (which is a stake your business may not be willing to cede).

However, by encouraging creativity and harnessing it with firm leadership, modern companies may still be able to harness the driving force of chaotic management without succumbing to its dangers.

Which of these five management styles resonates most with you?  Would you describe yourself as an autocratic manager or a consultative leader with chaotic leanings?

No matter which option relates most closely to your own management leanings, take the time to determine whether or not the style you’re currently using represents the best fit for your employees and your business.  Remember, you don’t need to adhere strictly to a single management style.  By picking and choosing elements from each school of thought, you’ll be able to cultivate a unique style that leads to success in your particular situation.